Object oriented programming was invented to solve many software problems, it made it possible to have reusable and maintainable components. This came so sudden and people started using it without following any standards or rules to prevent them from falling into its pitfalls.

Let’s say you’re developing a game with a team and the code base is really huge. You were responsible for implementing a feature of a bot in the game, and you placed it in the wrong spot increasing the coupling to a dangerous level. At first everything is working fine but then the game needed an update in this exact feature. It have already too many dependencies so probably you’re gonna fail some tests and maybe introduce a bug.
Here we have the design patterns in the rescue. They give you certain rules that would have prevented this domino effect.

In this blog post, we’re going to get to know some of the design patterns with illustrated code samples.

You’ll note that in any class in the code samples bellow we have all the setters private so that the class would be immutable and we also use the getters inside its class so that you would prevent the case of having a really huge class using this.field and suddenly the rule of getting this field changes. So instead of applying this new rule in every occurrence of this.field you’ll just change this.getField().

A proxy is a class that control the access to the original class by providing some of its features. Its does not give you the control on the original object until you request it, so, you won’t get an object that will consume too much memory to perform small actions.
Its works like most of the images viewing system on modern websites. First you see only a thumbnail, that is a small version of the image with a much smaller size than the original, And finally when you click it you get the original image with the original size.
In this pattern, we have the subject (a common interface), the real subject, the proxy (which controls the access to the real object)
Let’s implement the example of the images using the proxy pattern.

A Facade is a class that that regroup a number of interfaces of certain objects in one place so that the client won’t worry about the other low level interfaces and just make the request to a unique interface that can handle all the complications.
Let’s take for example an RPG game that have multiple enemies, each one have its own way to scream :

This pattern is very useful when we’re talking about a composition of objects with a depth that is unknown and can vary.
In this patterns you will work with your objects as if they are in a tree. So you’ll have to know which objects can be leafs (Children that have no more children) and which be parents(can have parents also) knowing that each leaf can have no more than one parent.

You would understand this easier with an example. Let say we have more boxes than may contain dimes in it. Each has a price, so you could tell that the box’s price is the the sum of its dimes price.

To see the use of this pattern even further. Let say we got new elements in game: bags and rings. The bag and the box can contain each other and the bag cannot contain dimes. Finally we want to calculate the total price of an element.
For example we have a bag bigBag that contain the box bigBox from the last example, in addition to a ring goldenRing.

So here’s the Bag class:

And here’s the Ring class :

Now everything is done! And there you have it. You can add as many new elements as you wish without having to change the existing code. It’s that easy.

Let’s say you have an interface that you cannot change for the reason that it is a client interface or it have some other dependencies that can be affected by that change and you still need to use it. So for us to work with this interface along with the other clients, we are going to make an adapter that allows us to adapt our commands to some that can be understood by this interface.
This pattern is relatively easy to use. Let’s say we have a component that only understands the CLICKEVENT and ARROWRIGHTEVENT. And we can only provide TOUCHEVENT and SWIPERIGHTEVENT. To implement this with the minimum impact on the existing code you’ll just to use an adapter.

Now, you can use your new device as if it's the old one by using the adapter

For the next patterns we are just gonna see a brief definition each and we’ll gonna cover them more in further parts of this blog.

This pattern falls under the behavioural category and comes in handy when you need a group of classes to be notified of any change of the state of another group of objects.

You can use this pattern when the behaviour of an object changes depending on its state. This seems useless in a small scale because you would say “let’s just use the object the right way because he has the knowledge of its state”. In a large base of code when the state changes frequently, you’ll often make mistakes of reading its current state or knowing the right behaviour of each state. This pattern let you always make the same command without worrying about the state and still have the right behaviour.

It’s almost exactly the same as the strategy pattern but the only difference is when the whole behaviour of the object in concern changes completely and not just some of its features.

This is one of the most used pattern, and you have already used it multiple times unknowingly. It comes under creational patterns and with it, clients of the factory can create an object without exposing the complication behind it by using one simple interface.

You can use this pattern when it is too difficult to create a final complete object, by building it step by step

This pattern is the easiest to identify when to use and how to implement. It assure you that there is one and only one instance of a class and provides you this instance with a unique method.

All we can say is that there is no one way of implementing and doing things. You can always agree or disagree with your teammates on using a pattern in a certain situation depending on how you see it, but the more you’re used them and using them in real life situations, the more you’re getting the design pattern to become an exact science. 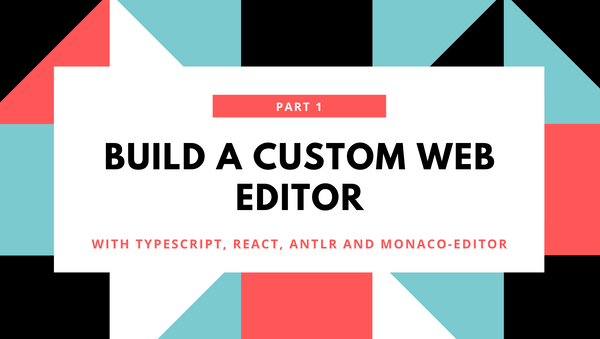 Have you ever wondered how web editors like Visual Studio (Online), codesandbox or snack work? or wanted to make a custom web or desktop editor and don’t know how

Continuous integration calls for a set of best practices that we will outline in this article.