Containerization has become the industry standard for application packaging and deployment, and it is easy to understand why: isolation, reproducibility, ease of deployment, to name only a few of its advantages.

When authoring the Dockerfile of your application, you have two choices:

Building inside the Dockerfile has some advantages (deterministic builds, reproducibility on local dev machines, ...), but build speed isn't one of them. Fortunately, Docker offers some techniques to help us make the build faster, such as the build cache mechanism.

This feature is commonly used to optimize the dependencies' download/install step, so that it is only re-executed in subsequent builds if they were changed, which occurs way less often than source code changes.

Leveraging cache properly for the dependencies is straightforward for some languages/frameworks, but it can be a bit tricky to do it right for medium to large .NET applications. The goal of this article is to explain why, and describe a solution to this problem using the new open source .NET tool from Nimbleways created specially for this use case: dotnet-subset.

Let's step back and understand why we need Docker build caching in the first place. This is what a simple Dockerfile for a small .NET Web API looks like:

In our case that means that if no file in the project has changed, dotnet publish's output from the previous run will be reused and our docker build will be extremely fast. But what happens if we change a C# source file ? Yes, you guessed right: the checksum changed, therefore, the dotnet publish will be re-executed, and that's fine because we do want our code changes to be included in the new image. However, the dotnet publish also does an implicit restore. Do all the dependencies need to be redownloaded/reinstalled when only C# source code files were changed ? Probably not.

That is why the official documentation provides a better Dockerfile for .NET application.

Below is the Dockerfile of a simple ASP.NET Core project, taken from the official documentation:

Also from the same documentation:

In the preceding Dockerfile, the *.csproj files are copied and restored as distinct layers. When the docker build command builds an image, it uses a built-in cache. If the *.csproj files haven't changed since the docker build command last ran, the dotnet restore command doesn't need to run again. Instead, the built-in cache for the corresponding dotnet restore layer is reused.

Let's ignore the sln file copy step because it is not required and was done mainly for convenience.

This Dockerfile solves our previous problem by:

Why copy only the csproj ? It is where the NuGet dependencies are defined, and that is what the dotnet restore needs to know what to do.

However, this solution suffers from some shortcomings:

Some people have complained about this "laborious solution", while others came up with some hacky commands to automate this operation to some extent.

Note that if you are restoring a project that has a missing project dependency, for example libfoo from our complexapp, it will just skip it and won't fail:

There are a couple of files that can alter the dotnet restore behavior and thus should be copied along the csproj files:

The nuget.config file contains parameters such as HTTP proxy, trusted package signers and remote package repositories (you can find the full list here). These parameters can be mandatory for a successful dotnet restore.

In our case, there are two caveats to be aware of:

You know the drill now, all these files should be copied too for the dotnet restore to behave as expected.

This is a lesser known feature of .NET: you can create lock files for your NuGet dependencies. As to why and when it can be useful, check the official documentation.

NuGet looks for the first file in the project base folder that matches in this order (as defined in NuGet's source code):

Last but not least, NuGet dependencies can technically be defined in any file, not only the csproj file.

MSBuild, the build engine and also the projet file format, provides a way to include a MSBuild file into another. This is heavily used by the platform to abstract away all the build logic (that is the reason why csproj files are so minimalistic), and it can also be useful for developers to centralize project settings and/or define some common NuGet dependencies like Roslyn Analyzers.

So if you don't want to miss a dependency during dotnet restore, you may need to copy all the files directly or transitively imported by any of the application projects.

To sum it up, optimizing the image build for dotnet restore is not as simple as copying the .csproj file first. There are few edge cases that should be addressed and most importantly maintained over the project lifetime …

At Nimbleways, we don't settle for the "good enough" solution, we challenge ourselves to do things the right way. We weren't satisfied with the current solutions to do dotnet restore caching in docker properly, so we created dotnet-subset to achieve that.

dotnet-subset is an open source .NET tool whose goal is to extract a subset of files from a root directory and copy it to a target directory. This subset is defined by the tool's arguments.

Let's see it in action on the complexapp sample:

Breaking down the command line:

The output directory /tmp/restore_subset contains only the files that can impact dotnet restore:

Now that we have this superpower, how can we use it efficiently inside our Dockerfile ?

As explained before, dotnet-subset needs the whole application source code as input, which means we will need a COPY . . before running it. This will invalidate the cache for the subsequent instructions in the same stage if any file changes, that is why we will be calling dotnet-subet in its own stage, then we import its output from within the build stage before running dotnet restore.

Tada ! Less COPY instructions and more confidence in the reliability of our Dockerfile.

Do you remember the huge Dockerfile I mentioned earlier ? Let's appreciate how it became neater thanks to dotnet-subset (PR link):

Identifying all the files impacting dotnet restore is hard, maintaining this list is even harder. Miss one and you may deteriorate the docker cache quality or fail the docker build if you are lucky, or you may cause the application to crash at runtime with an obscure error if you are not.

dotnet-subset helps you write optimized *and* reliable Dockerfiles without the maintenance cost.

The tool is still in an early stage, awaiting your feedback to steer it in the right direction and make it better ! 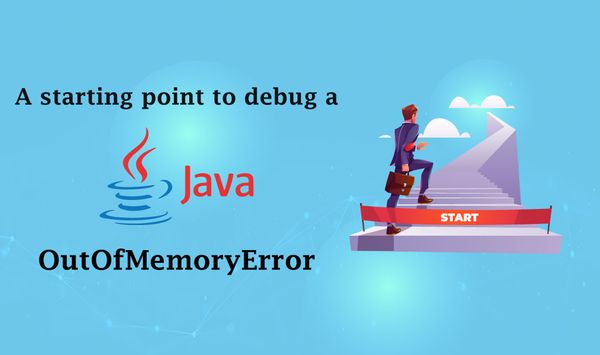 A starting point to debug, fix and prevent the infamous Java OutOfMemoryError

📌 Introduction When aiming for the global market, any company faces the issue of adapting an application to the language of its potential consumers. In this case, internationalization is not only